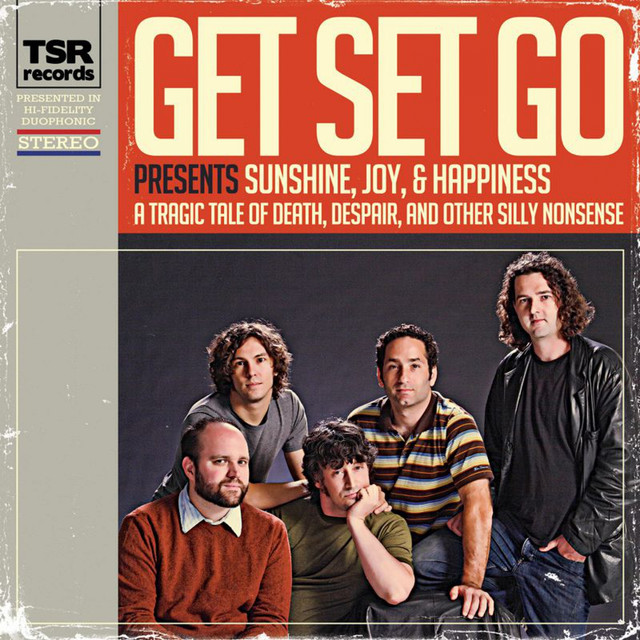 The initial concept for Get Set Go’s fourth release was to create an “album that sounded like a mix-tape for a long summer drive”. Rather than trying to capture a homogeneous sound that worked across the whole album, the band instead approached each song with it’s own unique arrangement. They also decided to layer in significant homages to the bands they loved, the bands that helped define their own musical tastes. Referencing performers as diverse as the Beatles, Elvis Costello, Lou Reed, XTC, The Cars, The Kinks, Wings, Belle & Sebastian, Weezer, and many more, Get Set Go tried to invest every song with homages that hard-core audiophiles could geek out over.

This album also came packaged with a DVD with band commentary for each song. The DVD also featured a half-hour tour documentary across the United States with Get Set Go’s longtime friends, New Maximum Donkey.

Be the first to review “Signed Album CD – Sunshine, Joy & Happiness: A Tragic Tale of Death, Despair and Other Silly Nonsense” Cancel reply