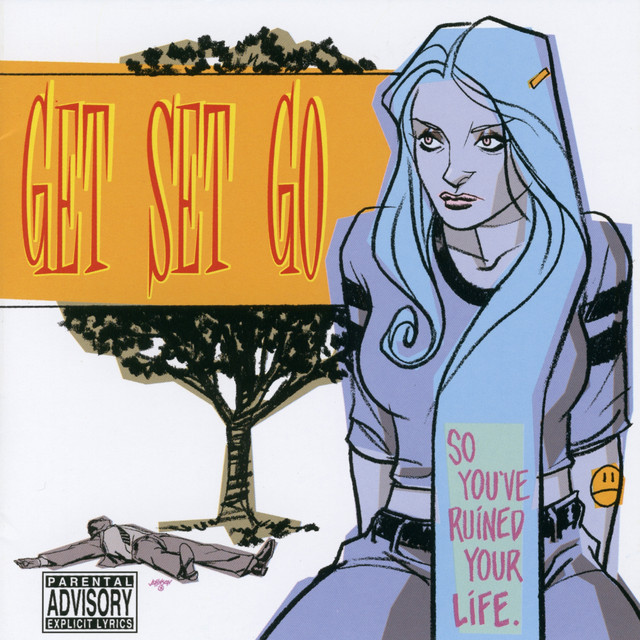 Get Set Go’s very first record. This album is a collection of the hits cultivated by the band during their first three years. Forged out of blood, sweat, and a furious love of all things pop-punk, these songs were played weekly in front of fans at the legendary Los-Angeles nightclub, Mr. T’s Bowl. This was Los Angeles’ first introduction to Mike TV’s honest, humorous-yet-not-humorous, visceral lyrics coupled with ferocious, full-tilt, super-tight musical performances by himself and bandmates Dr. Modo and Amy Wood.

Although the album initially only sold well in their native Los Angeles, with the help of film and TV licensing the band eventually established a footprint across the US and then internationally. Four tracks off of So You’ve Ruined Your Life were licensed by film and television. VKFD, the Firetruck Song, was used on the WB’s Jack & Bobby. Kiss The Girl was placed in the award-winning indie-movie, Burning Annie. And Wait and Break Your Heart were licensed by the long-running, critically-acclaimed, award-winning ABC hit-series, Grey’s Anatomy. Wait was also featured on Grey’s Anatomy’s first soundtrack along with critically-acclaimed bands such as The Postal Service, Tegan And Sara, and Rilo Kiley.